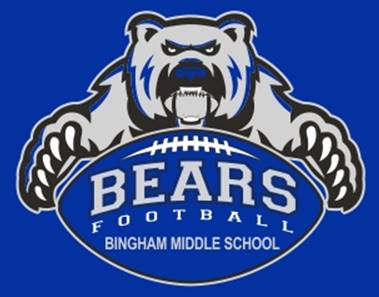 The Bears matched up against the Delta Woods Gators in what was called a middle school playoff game. Both teams entered play with a 1-4 record. The game was a back and forth battle for almost 4 full quarters. The Gators scored a touchdown with a little over three mins remaining to tie the game at 12. Sam Hagerman made a huge tackle on the two point conversion to keep the score at 12-12.
The Bears started the next drive on the 38 yard line. A few plays later the Bears found themselves with 7 seconds on the clock and could run one last play at the Gators 18 yard line. Rony Guardiola took the snap at quarterback. He pitched the ball to Sam Hagerman and he found James Tuala open in the end zone for the winning score.
The Bears finish the season 2-4.

No Events This Week

Events are added by athletic staff.
View All Events